Reaching Towards Heaven in 2011: Lessons Learned from a Puppy 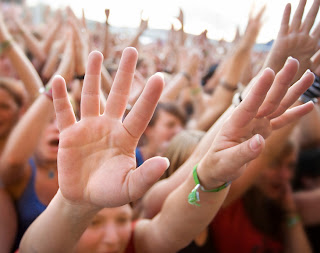 As you all know by now, back on November 6 we picked up our little: Naturals All in the Music, August Rush (That's his full name) a Powder Puff Chinese Crested now 5 pounds. He is now 3 months old and we have been reminded of a few things here in puppy land. A few things I think we can all learn from a puppy. 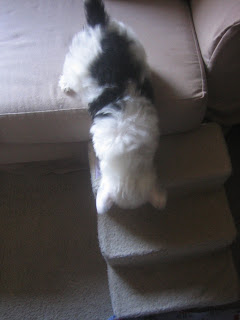 August cannot get up on the couch yet and so he uses the stairs that were so sweetly given to him by Angela and Diane. He tries to jump on the couch like his big sister does but at some point he gives up and walks over to the stairs and walks up them.
Like him, sometimes we need a little help to accomplish things. It's OK to take the help. The form of help may be different forms such as getting yard work done that we cannot do ourselves, or using a cane to get around because we hurt, or even accepting help to watch the kids or get your house clean. It's OK to receive help. 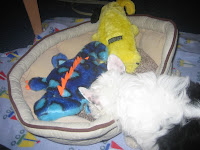 August plays with everything! Toys, bedspreads, left shoes (don't understand why only left shoes but whatever), coasters, throw rugs, and remotes. It's our job to let him know what is OK and safe for him to play with. We cover up the cords to the tv, and computers, not because we are mean but because we love him. We do not want him to get hurt (or worse). At times we block off rooms to keep him within eye sight. In return August trusts us and doesn't ask us "Why?". He just picks up another toy and moves on.
Like August, we try lots of things, some good; better choices of foods we eat or exercises. Some not so good; over use of medications or alcohol. God doesn't give us rules to make our lives harder, but to make them easier. Yet how often do we ask "Why?". Maybe we should take a cue from August and just move on, knowing that God has our best interests in mind. 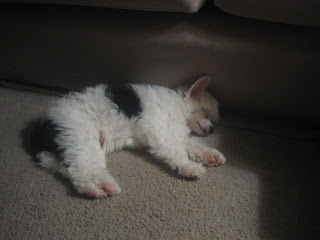 August has two speeds right now, on and off! When he's on he's running after said toys, left shoes and so on and when he is off he is sleeping. I've not seen a puppy go from running down the hall like a bunny to getting on the couch next to me and falling asleep so fast. It's the cutest thing I've ever seen.  He understands that his body needs rest and he takes it.  He feels safe, warm, and cared for, without a worry in the world and so he sleeps.
Can we sleep? Some stay up nights worrying about bills, Christmas, car problems, health issues, whatever. We have a God who loves us and takes care of us, but do we believe it, or better yet, do we trust it? Or do we stay up asking "Why?" 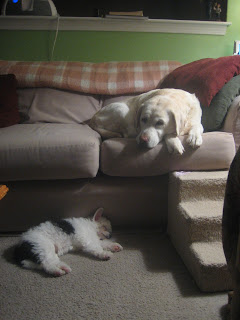 And from Becke, the wonder dog there are lessons to learn as well. She looks out for her little brother and watches over him a lot. She has kept him from going down the stairs because he was "face planting" a lot and she didn't want him to get hurt. She also sits with him in the hall while I'm cooking, showing him to stay away from the stove and stay safe.
Do we look out for others who may need us, even if they don't ask for it?  Do we intervene on behalf of others? Do we help the helpless and watch over those who cannot watch over themselves? 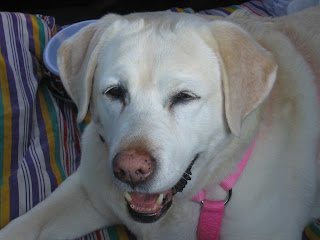 Becke always stays close to us. In fact I have turned around more than once and tripped over her. She feels safe when with us so she stays close. We rarely ask "Where is Becke?" We can see her. She wants to be with us and is not all that comfortable away from us.  She knows that all good things comes from us and that we care for her.


I wonder if God turns around, will he trip over me? Am I that close to Him? I know that He cares for me, I know all good things come from Him, so why am I not standing so close that He trips over me or does He have to ask "Where is LynnMarie?" 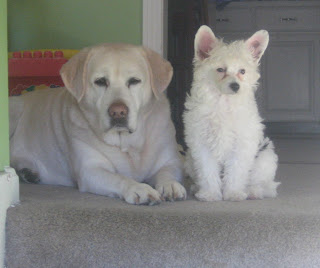 All good lessons, All learned from dogs. They are great teachers, aren't they?
at 5:12 AM

Email ThisBlogThis!Share to TwitterShare to FacebookShare to Pinterest
Labels: Pets, Reaching towards Heaven