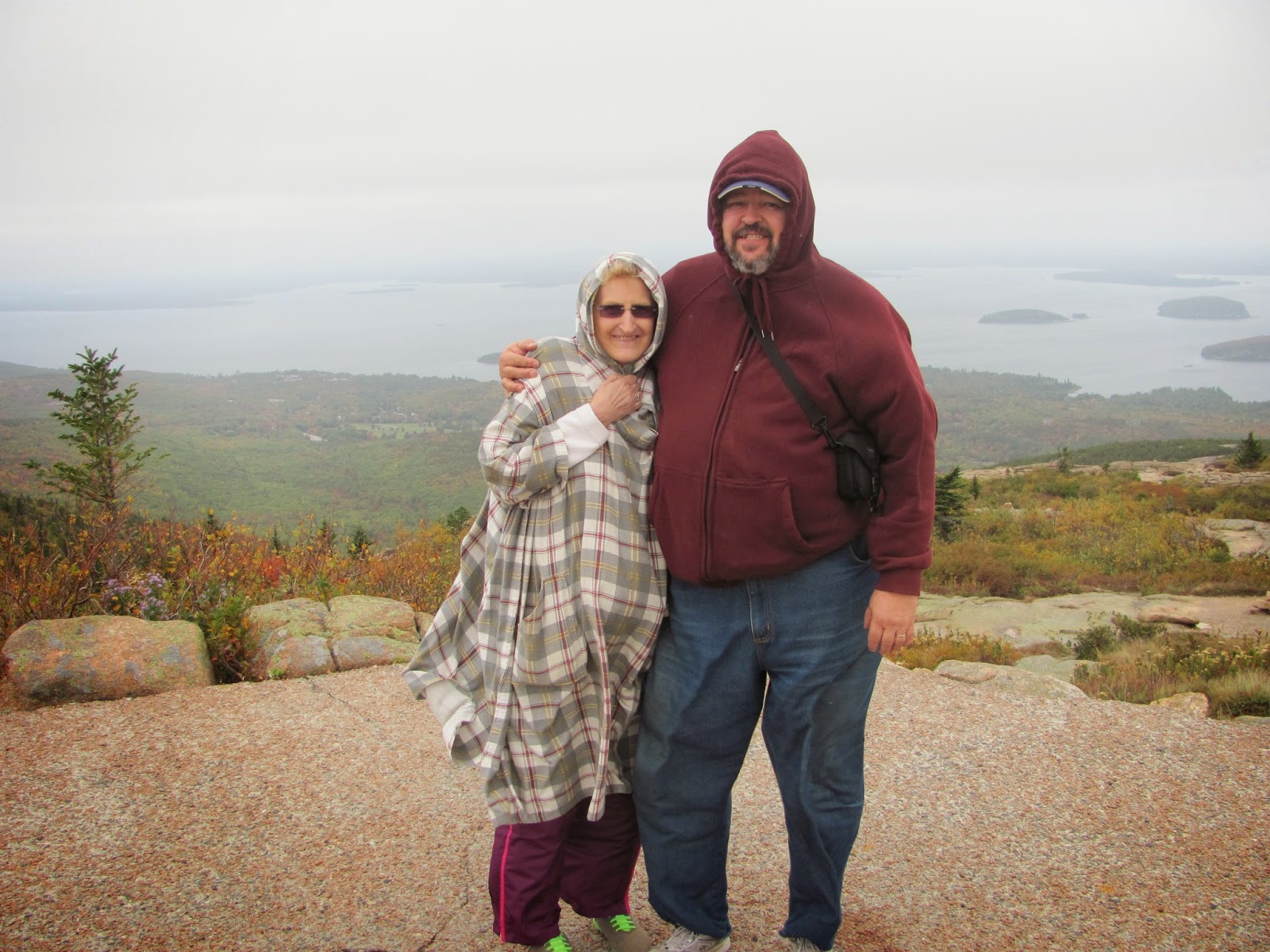 Part of our vacation was going to Arcadia National Park.  It is a beautiful place where we were able to walk around and tour some of God's beauty.  The picture above is at the peak - Cadillac Mountain.  It was super cold up there and the wind was blowing so bad we left the dogs in the car. August would have become a kite and Becke would have been a tumbleweed.  Hubby had to hold me down and we got someone to take out picture so that we could get back in the car and drive down the mountain. 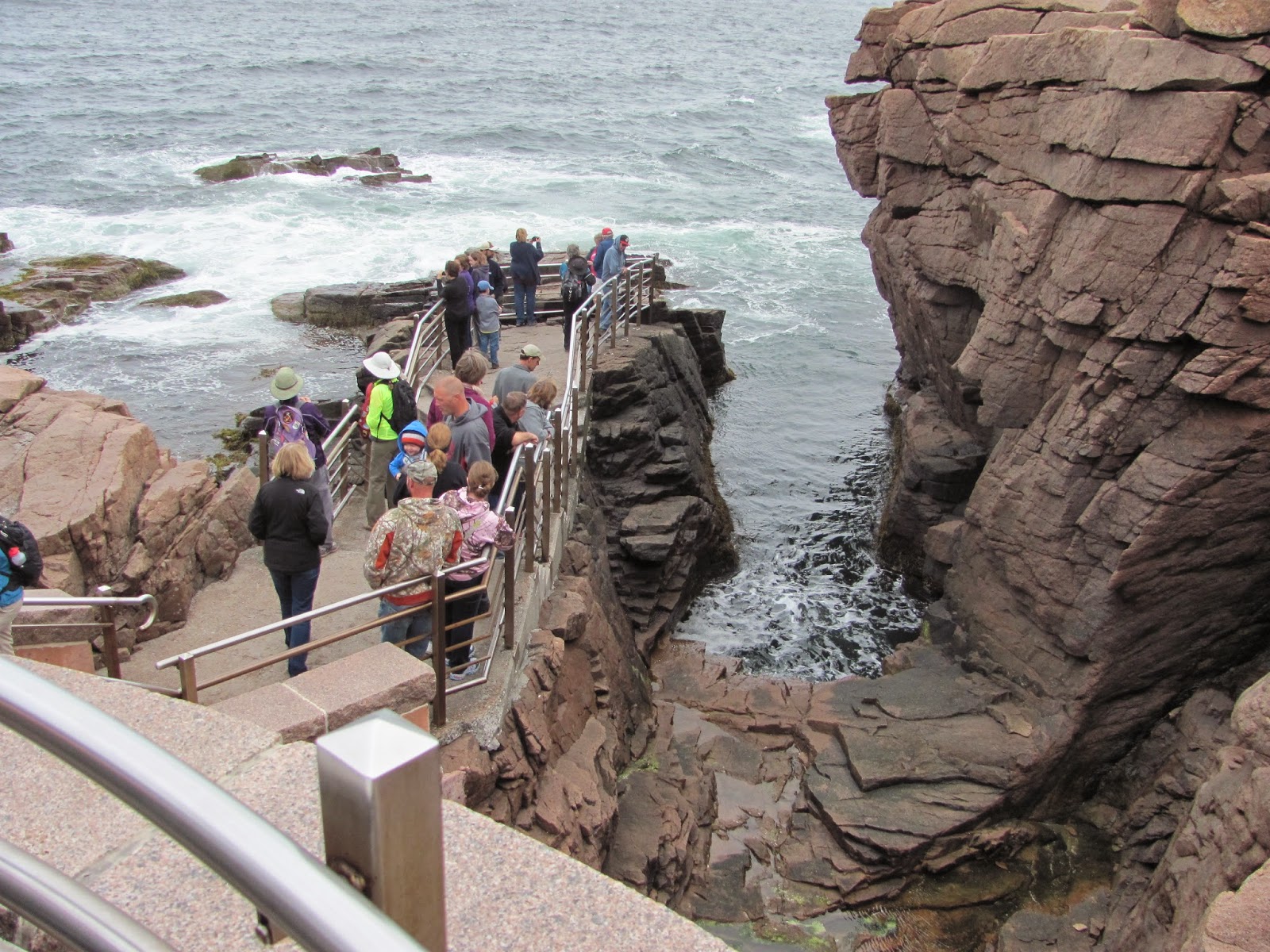 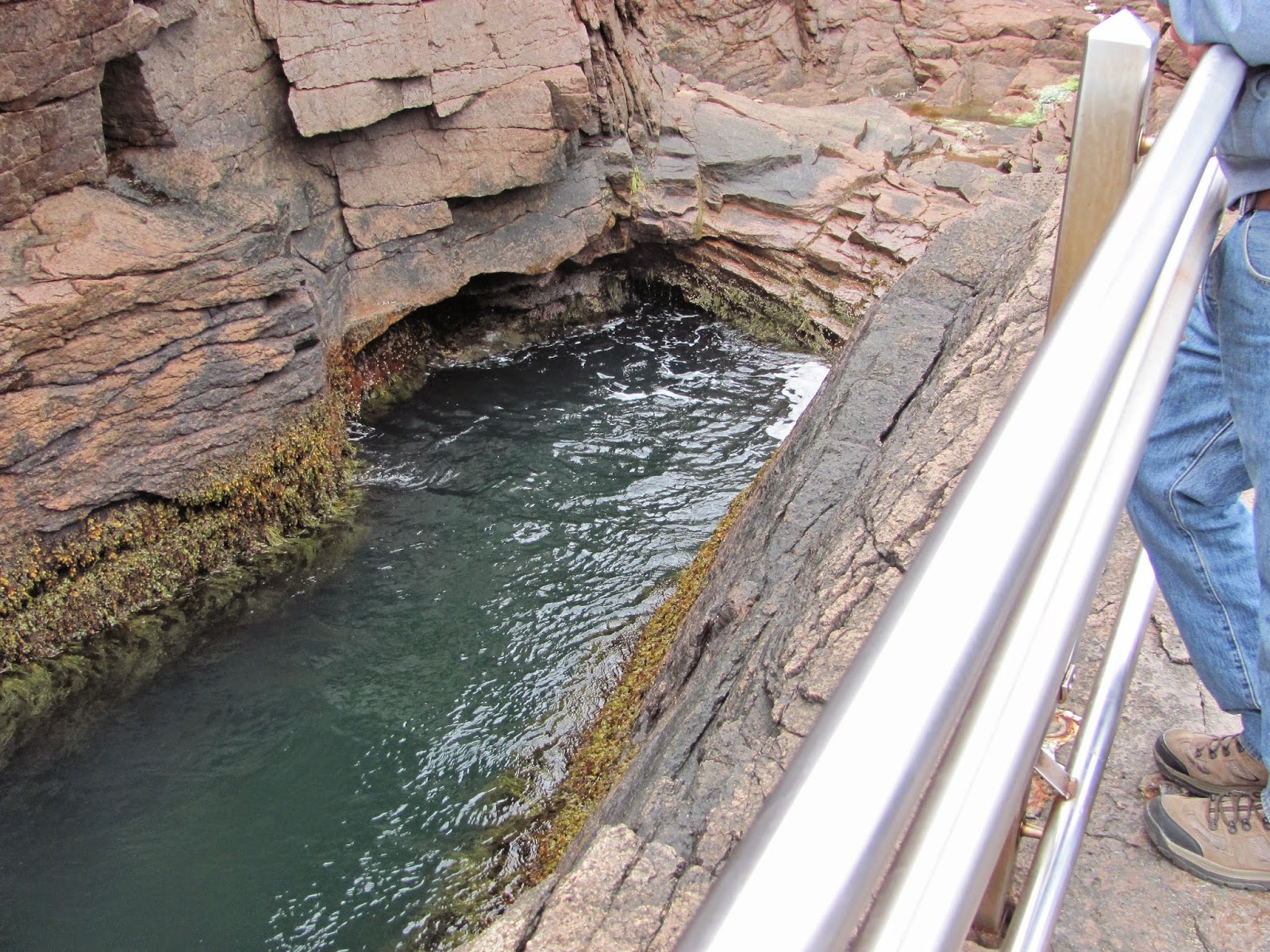 One of the sights in Arcadia is "Thunder Hole"  where the water hits the rocks just so, the sound is that of Thunder. While we were there we didn't hear it, but boy is it beautiful down there. 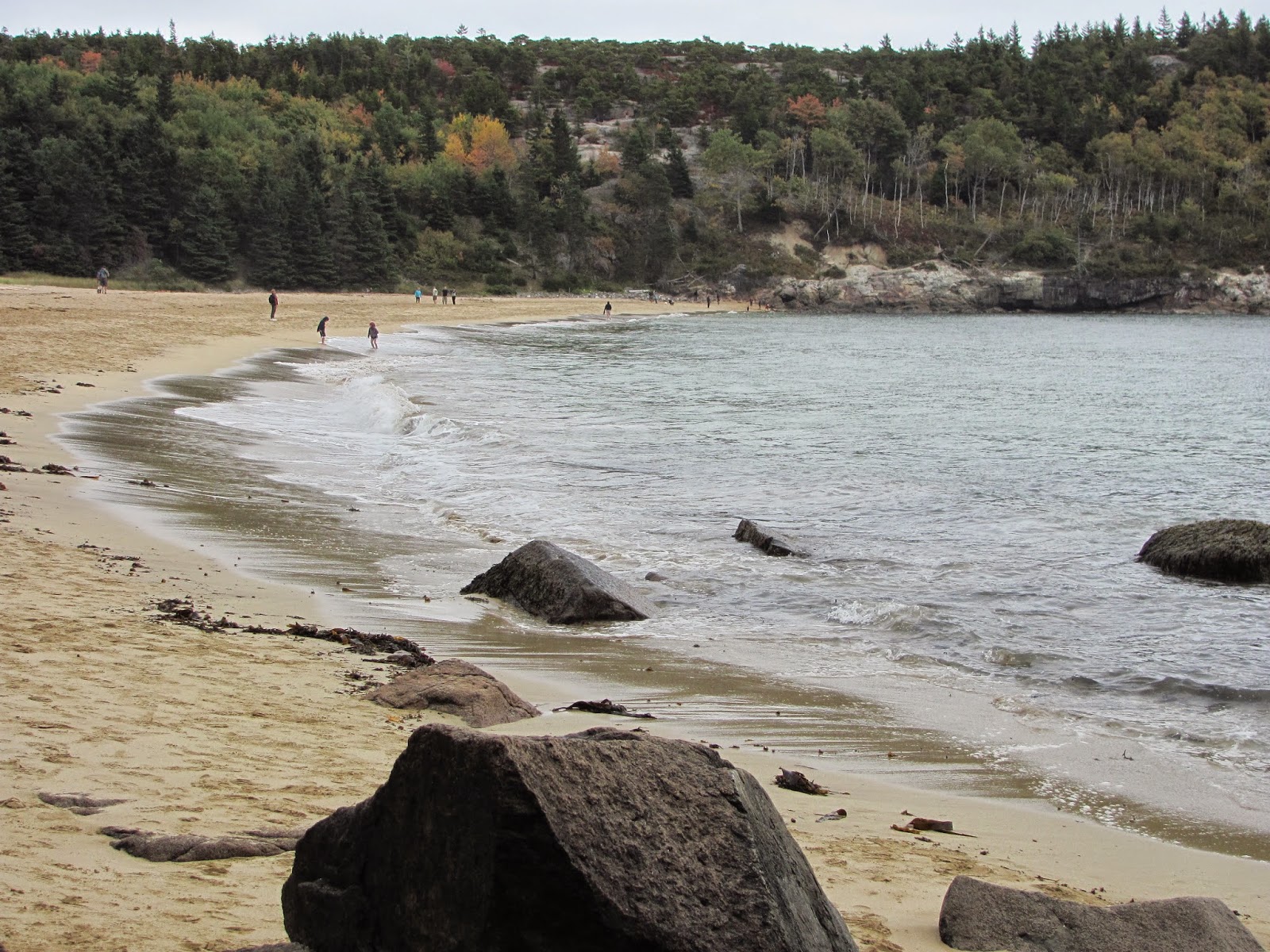 Sand Beach is another beautiful place in the park and at this time of year dogs can go into the water.  The only problem that we didn't know about was that there are only steps to get down to the beach.  Becke would get down, but not up as it was a lot of steps.  So she and daddy stayed up and August and I went down to the water. 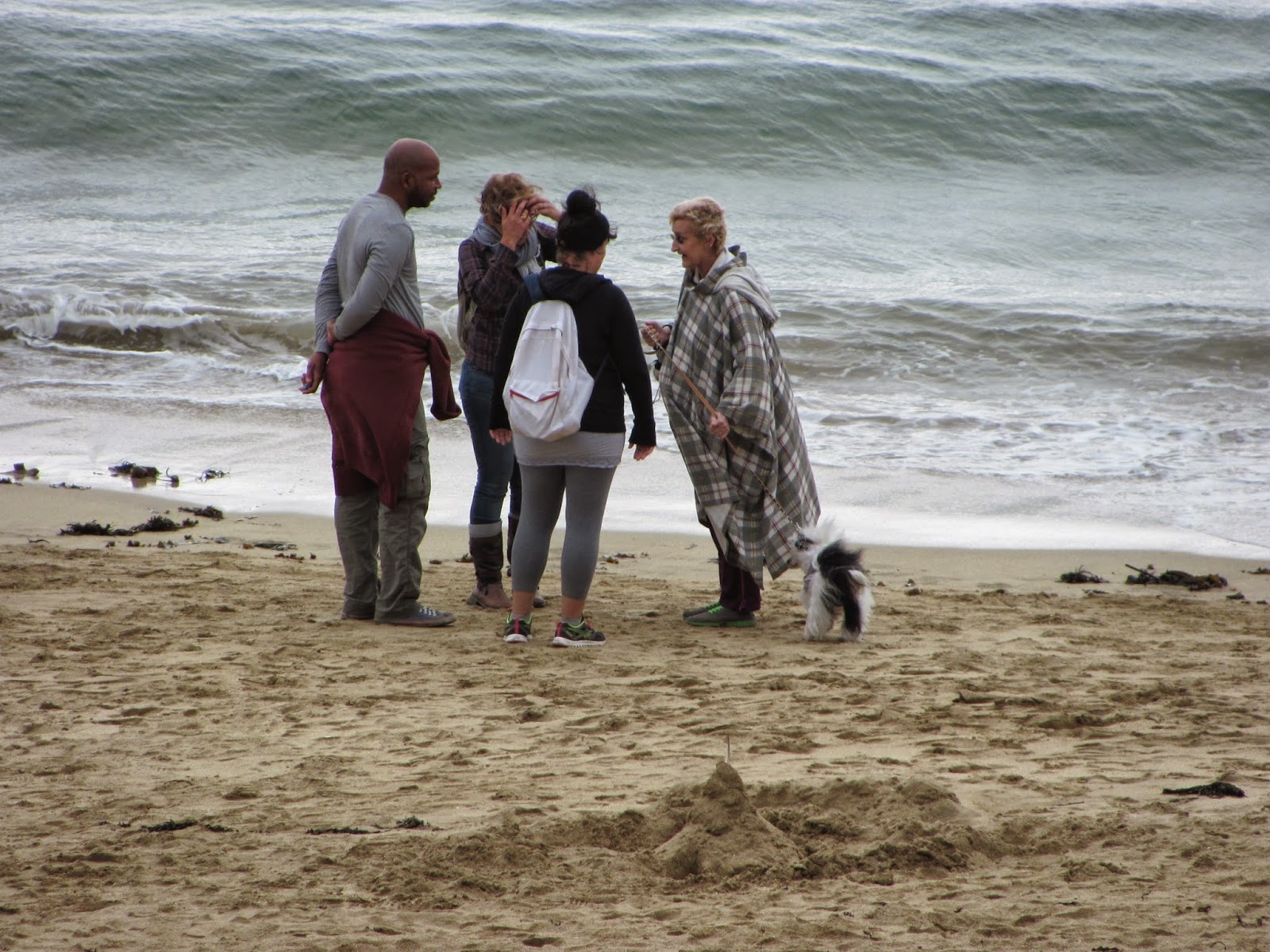 Here is just one group that came up to ask "What is that?" as they pointed to August.  August is used to standing behind me or his sister while we explain that he doesn't have a lot of confidentce and how to meet our little man.  They were wonderful as one of the ladies has a Papion and knew to sit on the gorund.  It was wonderful to see someone who understood and August immediately climbed into her lap. 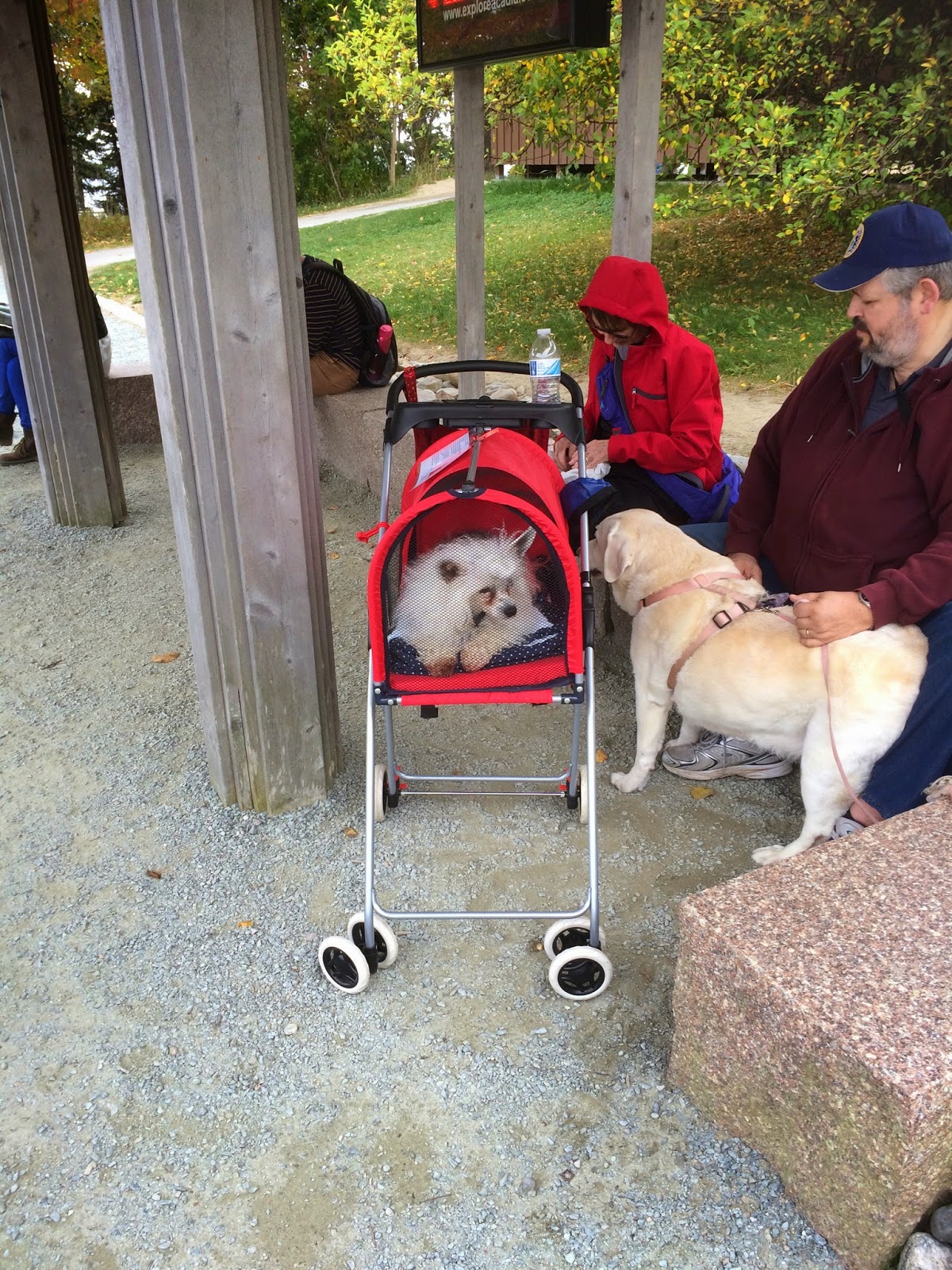 At some point on our tour of Arcadia National Park, August became overwhelmed.  At that point, we placed him in his stroller and although some people looked at us all like we were nuts, August was able to relax and calm down.  The stroller is a wonderful thing and helps him to enjoy all our outings without having to be overwhelmed.  Have you ever seen a dog in a stroller? 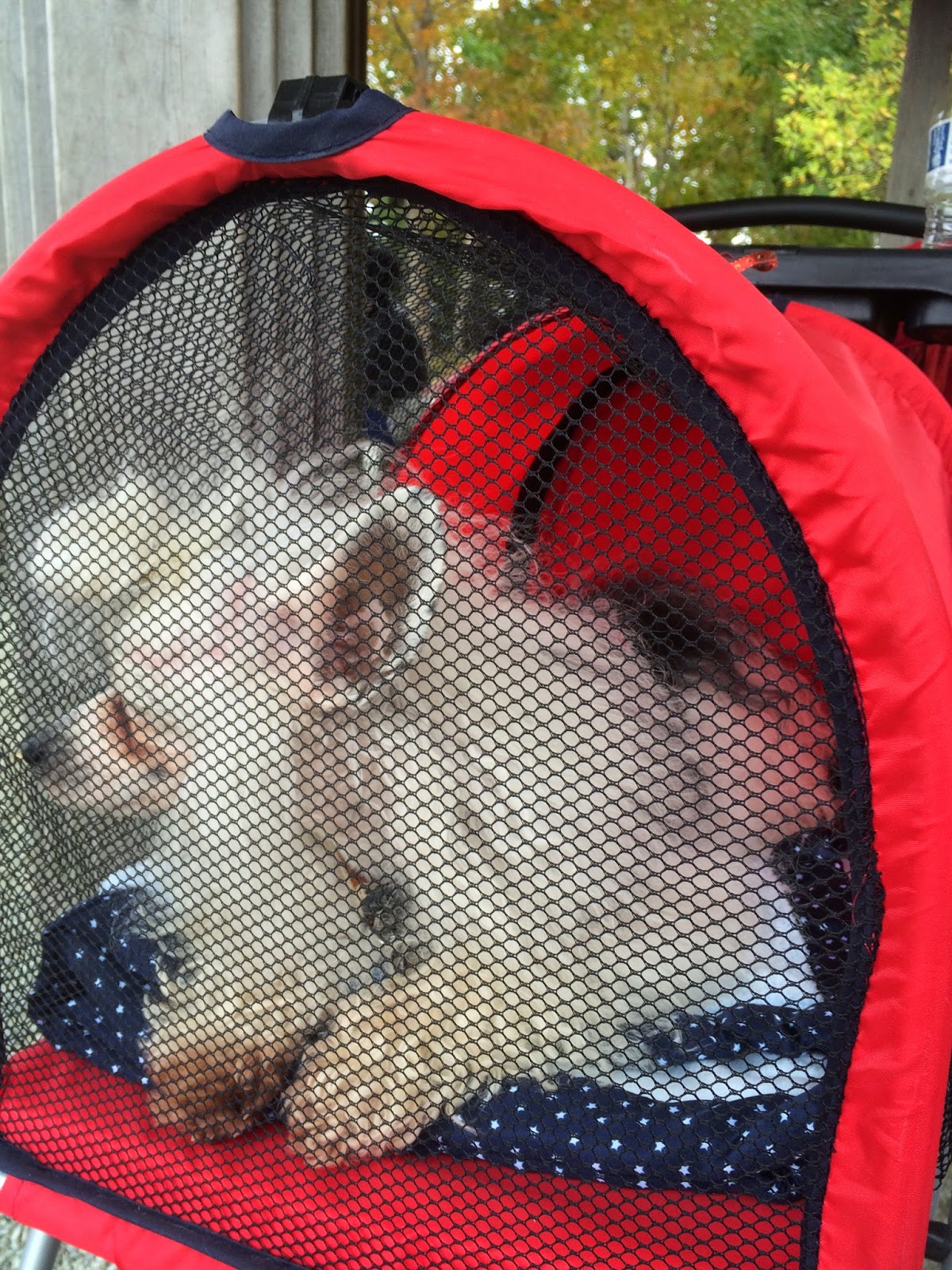