Well no one said it had to be real!!

I work with a woman called Michelle.  She told me that since we were going to Maine for vacation, we needed to get a photo of August sitting on a moose.  OK I thought, she didn't say it had to be a living Moose.  Challenge Accepted!! 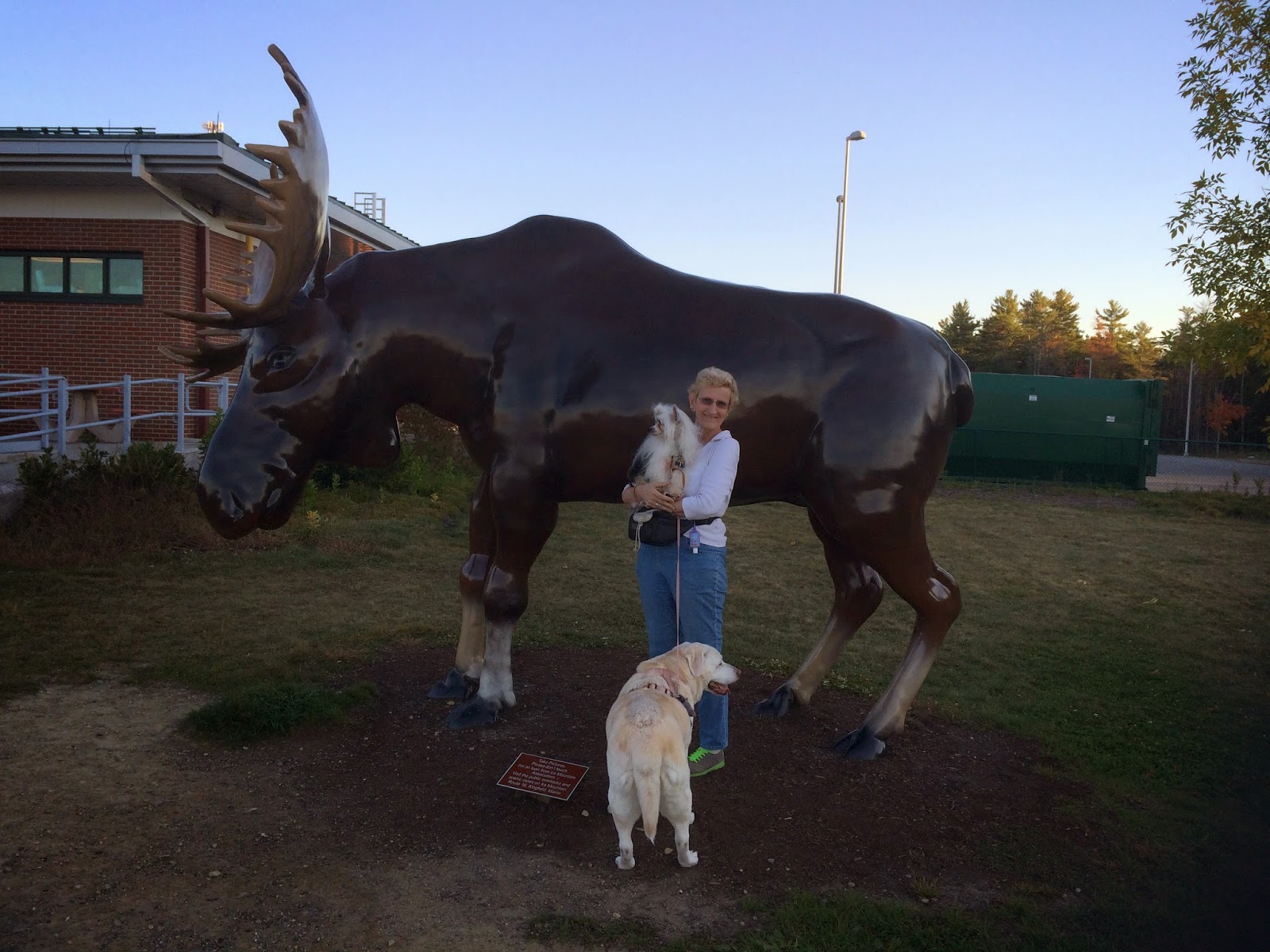 The state "Rest Stop" had a moose statue so we let August walk up to it.  Since he didn't look up all he saw was a place to mark --- so he did. I picked him out and Hubby took the photo.

Now before this photo, August was on the ground and looking every where around except at the thing he just piddled all over. So I will enlarge the photo for you all so can look at his face as he all of a sudden looked at the head of the moose! 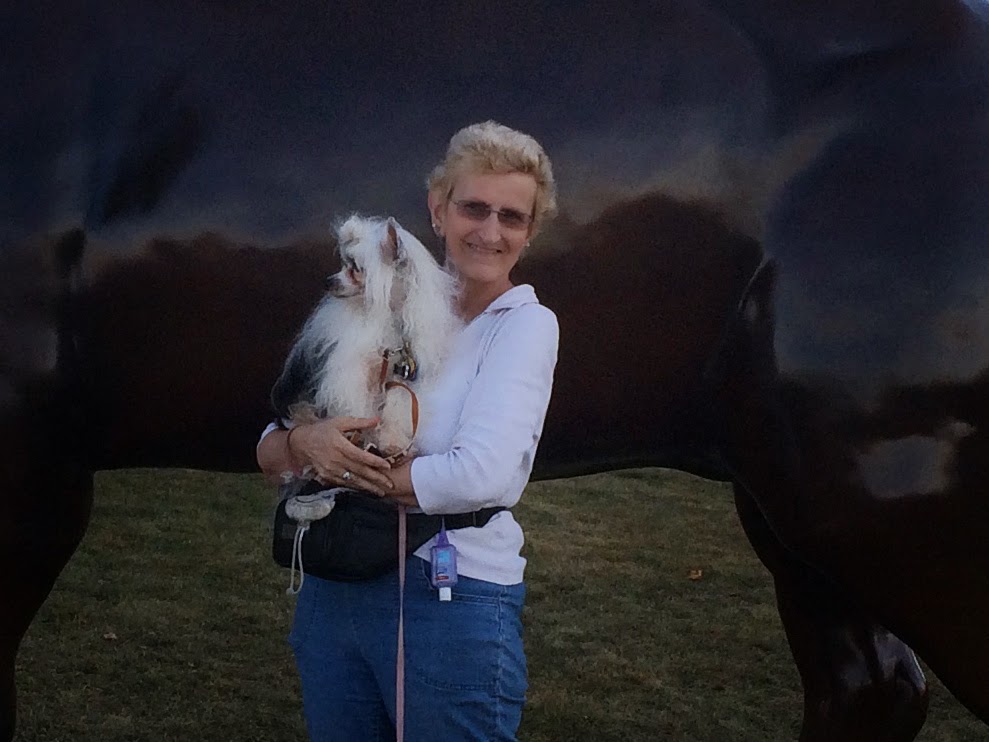 Now that is a face that says "Holy Cow - look at that thing!!".  Yes that is me, hot curly blond babe.  My hair is coming in hot blond and super curly!!  I'm learning how to take care of curly hair.  It's fun and I like even a bad hair day.

At our Motel there was this fun ship to play on and in. August really liked it.  He spent the first day walking around it and looking in the bottom holes. The second day and on, he played in it.  This is a huge step forward for our shy little boy.

What was the last challenge you accepted and completed?