Pet Peeves - we all have them 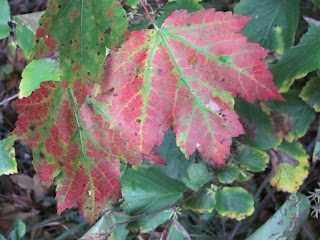 We all have pet peeves right? Tell me that you have at least one please! Maybe it's the driver who never uses their directional signal and cuts you off. Or maybe it's the person who leaves the toilet seat up. There are a lot of them.  One of mine is kids who are not taught how to be around dogs. 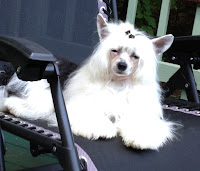 I mentioned yesterday that August did really well meeting people and not barking. He is timid and gets startled easily. The problem is not that he startles easily, the problem is he doesn't recover from it.  He will continue to bark, long after the fact.  We have been working very hard on that, giving him lots of space between him and the world and moving slowly towards anything he is unsure of. We tell others that they can NOT pet him. His hair is soft and flowing and beautiful but it's not to be handled by anyone who just wants to feel it. It feels like hair, freshly washed hair!
We have walked into and out of many places because all August could take was a few minutes of the location. 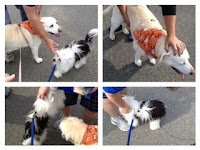 Saturday, after Give-Away Day we were walking back to the car. I saw a little boy playing the parking lot with a friend and as he came up towards us he asked "Can I pat your dogs?" I was thrilled that this little boy knew to ask and since Becke was already walking up towards him I told him that Becke would love a quick visit. August started to back up and so I said that I would pick up the little one because he was done visiting. As I was bending over to pick him up the little boy got on his hands and knees and said "look what I can do" and imediatly moved into August's face and began barking like a dog - very loudly!  August backed up and barked right back at him and he laughed saying that he does this all the time to his Yorkie and his dog barks back too, how funny!  It was clear he wanted to be with August, not Becke. 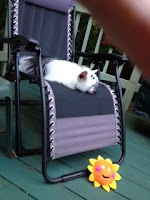 I grabbed August off the ground and looked at the boy saying that I dont' know who ever told him that it was funny but it's not and how would he feel if someone who was a lot bigger than him got 2 inches from his face and began to yell at him.  I told the boy that it was a mean thing to do to any dog not just little ones. At that I  called Becke to me and walked away.  It all happened in a matter of seconds. But it did happen to one little dog who has a problem recovering from being startled and this little boy did startle my little dog. By time I got to the car the little boy was off playing with his friend. 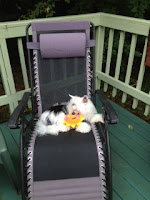 August didn't bite him which I'm glad about, but that could have happened. Would this boys parents then find it still funny? Most likely not and August would be blamed.
I told August that the outburst he gave, didn't count towards his great day!! He still walked up to many people letting them pat him. He climbed up a few of their legs and wagged his tail like mad! 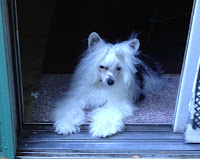 He is a little dog, he is trying to recover from being startled and let it shake off his back. He is working hard and doing a great job.  I see in him the ability to reach out to many. I see a bigger future for him.

So here is my Pet Peeve - Parents, don't let your kids yell at dogs, it's not nice.