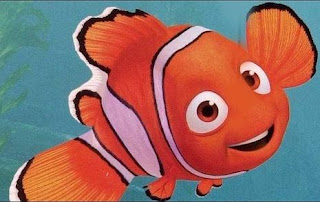 Nemo descended on the New England States and for many, the "Joy" (sarcastically said) continues today.
Schools in most of the New England states were canceled while others had only 1/2 days so that everyone could get off the roads early. In NH we were told the worst of the storm would hit after 3pm so people headed home in time to batten down the hatches.   Some gas stations ran out of gas as people filled up their cars and gas tanks for generators. A few stores ran out of bread and milk and bath tubs were filled with water while others filled 5 gallon container to put by all the toilets.  Everyone was ready. After Sandy, no one sits back and does nothing. Facebook was filled with people checking in on each other and relaying info about anyone in trouble. We were ready.
Hubby is retired so he took care of our house and I worked from home.  We had ourselves and our pets ready to loose power and still keep warm. 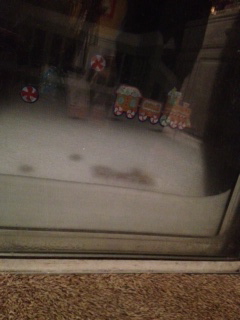 And then it started to snow....
It was slow getting going, in fact I was mocking all the planning that we did because the snow was not much to talk about.  But by 4:30am when I let the dogs out, we had a few inches up over the door. Since there is a step down to the deck, this is about 5 inches all ready. 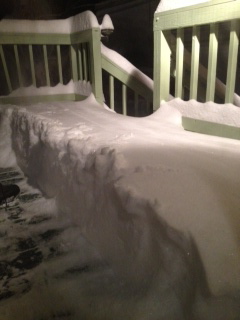 So, hubby went out to start shoveling so that the dogs can "go".  At 4:30 in the morning, in the dark, just for the dogs! 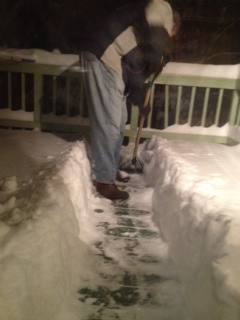 The dogs finally went out and did what they needed to do and then came back in and we all went back to sleep. For a few hours at least. 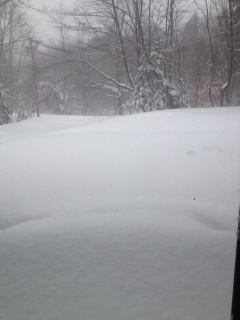 When we woke up a few hours later we had this. 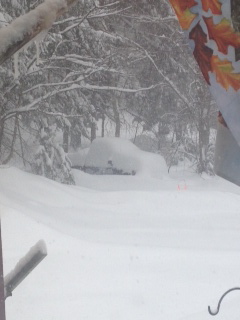 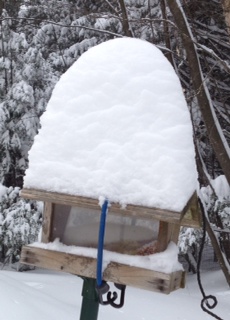 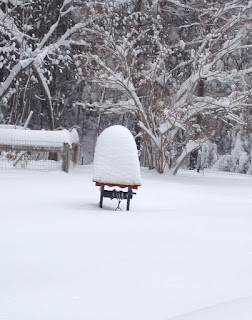 In all we had 22 inches of snow at our home. Other parts of the state had 27 inches. Except for a few places, the state didn't run out of power. We kept ours on. We also kept the pellet stove going....just in case. 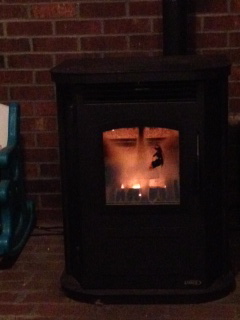 Boston and south of us got the brunt of Nemo. In fact Boston MTA is still down, and some people in CT are still without power 4 days later!

More tomorrow.....how was your weekend?