Snow, Sleet, Rain, What did we get? 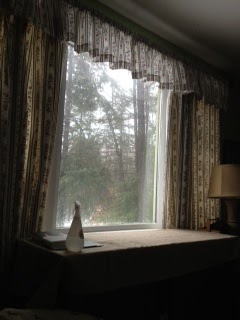 It's hard to see but it's raining out there - hard!

I got a few messages asking what we ended up with, snow, sleet, rain what????
The answer is YES we got it all with high winds tossed in just in case we missed it.

I woke up at 3am to see nothing outside so I went back to bed. By 5 am we already had 3 inches of the heavy white stuff. I bundled up and went outside to shovel off the deck and stairs for the dogs.

By the time I got done with that, the snow had turned to sleet and it was coming down and the steps began to freeze.  Hubby went outside to help Becke get up them since her legs were going out under her.

August ran back in, jumped on the bed and burried himself under the covers. His opinion of the mess was very clear. Once he got out he decided to watch it from on top of the toy chest. 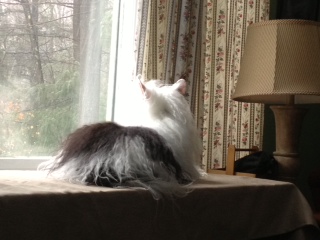 By 6:20am it was snowing again, big large flakes, heavy wet flakes. The local TV station asked people to stay off the roads as they were slippery and cars had run off the road.  That did it for me!

I called work to find out that they were having all rain and that it was fine if I stayed home and worked from there. I can work from home so I logged on and did all that I could do from there. There were phone calls to make and emails to answer.

Then it turned to sleet!  Oh good, just want we needed, crunchy snow as the sleet froze the top layer of snow that was on the ground.

Becke gave up drinking so she wouldn't have to go out anytime soon. She climbed on her bed and decided it was a nap day (untill Spring) 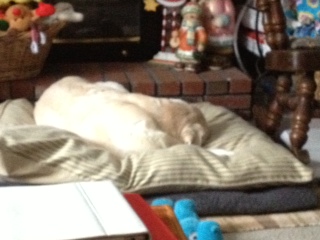 August emptied his toy box trying to entice me to play with him since he was missing his agility class and playing with his 4 legged friends at day care.

Then the wind blew - and blew - and blew some more and I expected anytime to look out our window to see the wolf blowing our house down.  But it stayed upright, and the power stayed on.  Thank you Lord.
Then it got very quiet and I was sure it was over. I even thought about going in to work on a project that had come over the work email.
That thought didn't last long as it started all over again. 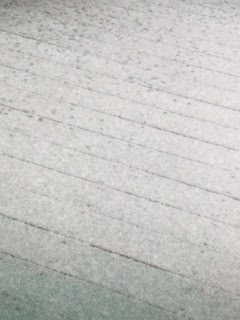 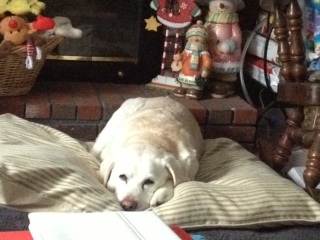 Today is the official last day of February - I'm so glad about that. March will be so much better, brighter, warmer, and I'm pulling out my Spring/Summer decorations.