The Slob, the Snob, and the Taken! 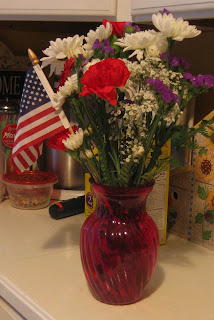 Long, long ago, in a far away time, in a small city there were 3 people. A Slob, a Snob, and a Taken. The 3 had a class together (OK it was study hall) and so the 3 sat together. The Slob and the Snob talked to the Taken but didn't talk to each other much. See the Slob and Snob didn't even like each other but they had to sit someplace so there they sat, talking to the Taken.

Weeks passed and the Slob discovered that the Snob wasn't a Snob at all, just painfully shy. She didn't like to speak much because she stuttered and was very embarrassed about that. So she spoke as little as possible, hoping to hide and even disappear into the wall. But as the weeks went on, the Snob talked more and more and when she was relaxed, she didn't stutter. And, as it was later discovered, she loved to laugh.

The Snob in turn discovered that the Slob was not a Slob at all. In fact, when the day started, he looked very nice. It was the type of material that his clothes were made from. They wrinkled every time he moved and since no one carried around an iron anymore, well, the clothes just looked worse by the end of the day. There was something else about the Slob, he made the Snob laugh. He saw the world differently than anyone else that the Snob had ever known. The Slob had this wonderful magic power of taking the sad and making it happy. The Slob could take a bad day and turn it into a good day.

YUP - they just eloped. You see the Snob's mother was not too happy and she was making life terrible for the Snob. The Slob's father even tried to talk to the mother, but the mother would have none of it. So with the Slob's father permission, the Slob and Snob eloped.  The age of consent in the far away land back in that long ago time was 18 for women but 21 for men (they were both only 18) so the Slob needed his parent's permission to marry, but the Snob didn't.


Did they live "Happy Ever After?"  Well today is their 39th wedding anniversary so far-so-good!

Oh--- the Taken, well back in that far away land, she was taken (engaged to someone else) she married, divorced, married her dream man and is living happily in Alaska. Thank you Debbie for your part in this story.

Happy Anniversary Love - It's been a wonderful journey and I'm so glad that we got together. I'm still laughing at how you see the world. No Where, No Time, No One, But You.
at 6:00 AM