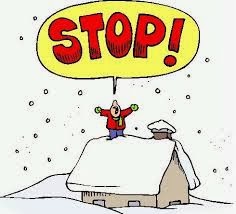 Don't know where you live, but where we live, we have had enough of winter!! It seems that every few days we get 2-4 more inches of the white stuff and the temps are in the single numbers most of the time. We even got a few days of 6-12 inches of the stuff

I know, 2-4 inches doesn't seem like a lot - but over a few months it will look like this. 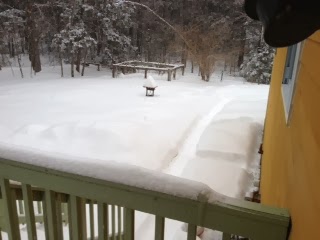 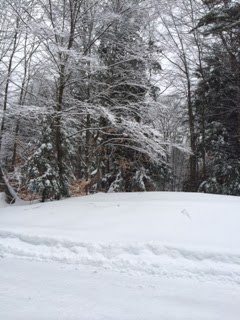 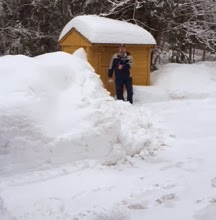 But it has to go someplace!  Hubby is 6'3" tall and look at the snow bank next to him!! It's hard to shovel UP! The show is heavy and we are sick of it. 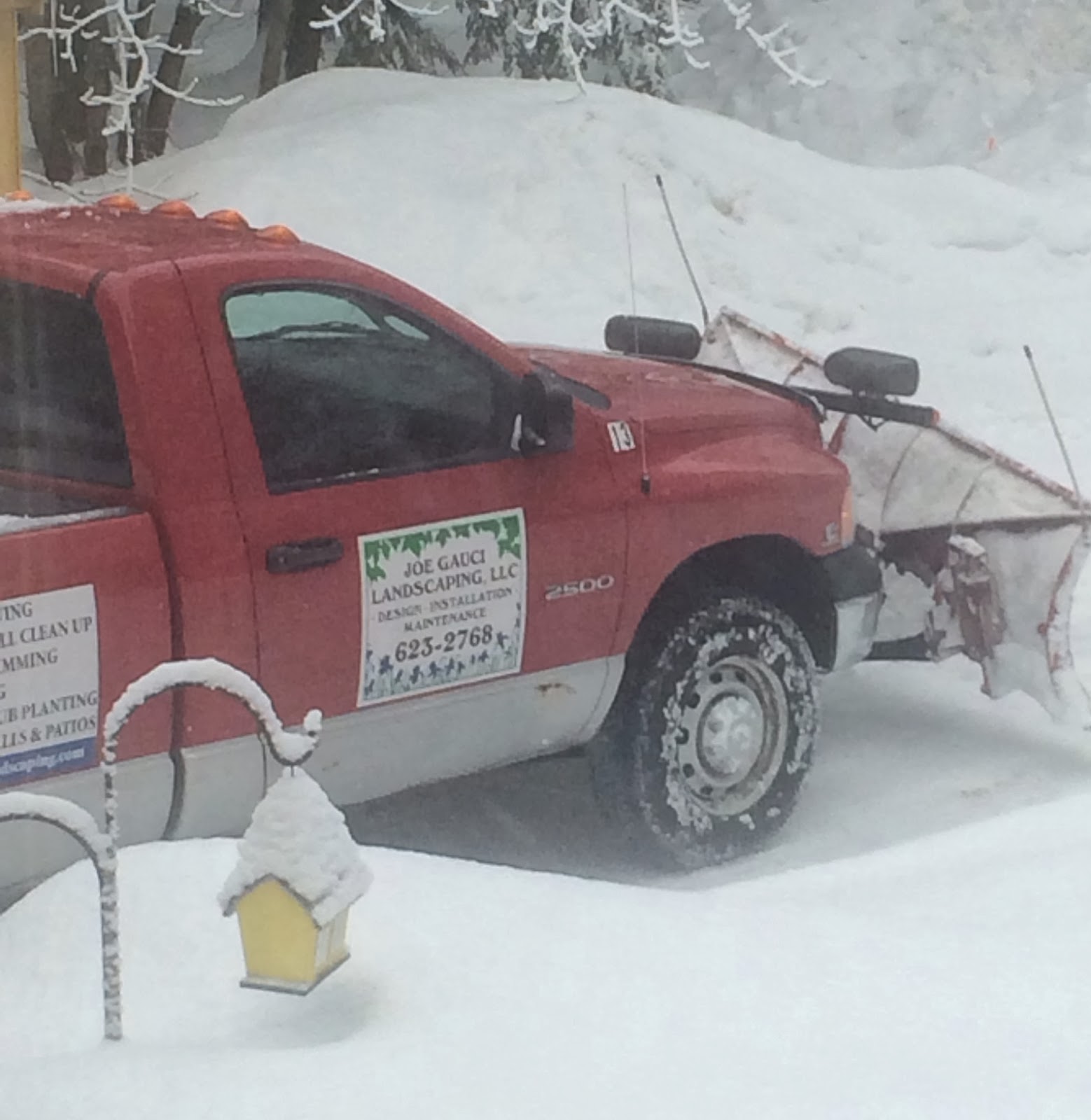 We do have a company that plows our driveway but the paths for the dogs and the oil man all have to be shoveled---by Hubby! 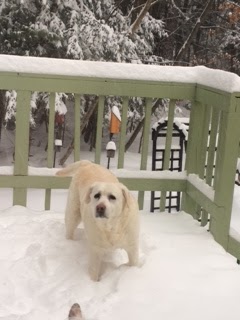 Becke goes out first to trample down some snow because it's so deep. 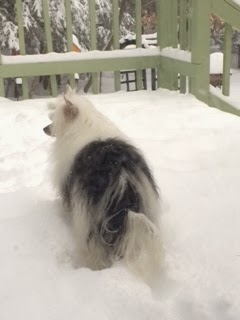 Then August follows in big sisters paw prints then runs back inside and curls up in the blankets. 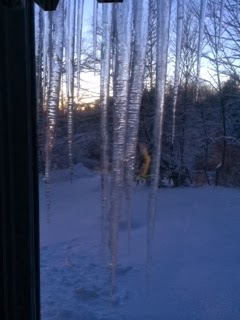 The icicles are betting longer and longer every day! Many in the back over the back door, we knock down so that they will not fall on the dogs but these are out front.


Hubby shovels paths for the oil man and August will run in them but they are taller than he is at the moment.  He comes if fast when he's called as you can see. 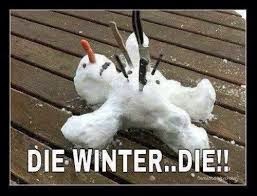 THE FIRST ONE WHO COMPLAINS ABOUT THE HEAT IN SUMMER WILL GET SLAPPED!!