Reflection on Reaching A Goal - Part One 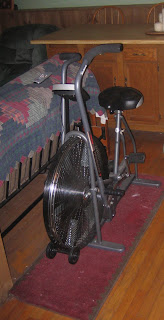 The first week of January 2011 I joined several others who had one goal - Move the equivalent of 400 miles during the entire year. Once I met that goal, I kept going. Why did I do that? Why keep going? I felt at first that if 400 was good, 800 was better and in some ways I am competitive. So I kept going. I learned a few things along the way and wanted to share what I learned. OK, I learned more than a few things along the way, hence the "Part One" in this blog title.

1. I learned that I like cheer leaders! Many of you encouraged me on by telling how good I was doing and I am thankful for your encouragement. It really meant a lot to have an cheerleader or two jumping up and down for me. I really did picture some of you waving pompoms and yelling "Way to Go Lynn Marie, now give me 10 more."Thank you.
2. I learned that I am stronger than I was before. I can now carry the 40 pound bags of water softener salt. I could not do that at the start of this experience.
3.  I learned that I can reach for a goal, one day at a time.
4. I learned that I like exercising for the most part. It feels good to push myself.
5. I learned that 2400 miles is not reached by blinking my eyes (picture "I Dream of Jennie" here) but by getting off the couch. It's reached one mile at a time. 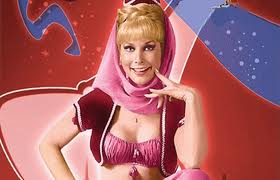 6. I learned that I really do have the time to get it done. It became important enough to make me get up and move. Or even move while watching TV.
7. I learned that I don't need a gym membership, fancy clothes, or a partner to reach a goal. So much for all those commercials telling me I do need them!
8. I learned that my arms "wings" will need more work-even after all this time I still have them. But more importantly, I'm OK with that!  Gives me another goal.
9. I've learned that sometimes I had to get up early to exercise and that was OK.  I was still able to do my job at home or work and the mere act of exercising woke me up.
10. I've learned that if 10 pound weights hurt my arthritic hands, lift 8 pounds, it's OK. It's more important to lift 8 pounds, or 5 pounds rather than not lift at all. 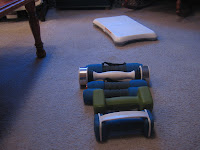 What does this mean? Pick a project, any project. Maybe it's calling people who need someone to talk to. Maybe it's cooking meals for people who are sick, or just had a baby. Pick a project - look around, there are lots to pick from.
To me it means that I can do something today! It may not be what I did yesterday, or the day before, but now is not the time to give up. It means that changing what I do does not mean that I stop doing something. It means that I don't need a lot of money, or a fancy car, or special clothes to get something done. It means that if I still have a job to do, that's OK - I have another goal! I learned that I really do have the time to do something, if I want to. It means that I really do like doing something, it feels good. It means that somethings take time to do and that is OK, I can do it one day at a time.  It means that I am stronger than I think I am and really can do things that once I felt was not for me. And it means that I like the pat on the back and the cheer leading but it's no substitute for just getting things done.
More later.
at 5:30 AM