Weekend Review: And a Completed Goal

Indian Summer is over and Fall has surely arrived. It got me in the mood for the holidays - Christmas to be exact-so this weekend, Hubby and I went Christmas Shopping.  Our Son, his wife and their 2 boys all live on the west coast so Hubby and I went to the stores and did Christmas Shopping for them all.  Both our son and daughter-in-law have December Birthdays and our youngest grand son has a November Birthday. Toss in Halloween this month and we have a lot to get together, wrapped, packed and shipped.                 I really enjoyed shopping with Hubby. For 30 years, I had to do most of the holiday shopping alone.  Oh Hubby would join in as we got closer to the holiday but most of the time I had to do the shopping alone. This year, I got to share it with him. That was so much fun.
So it's ready to wrap and pack and ship!  Boy what a relief!!! West Coast crew is all taken care of. Now to concentrate on the east coast crew.
~~~~~~~~~~~~~~~~
Sunday, our wonderful niece came to the house to cut our hair. I can't tell you how great it is to have a hairdresser in the family!  We get to visit while she cuts our hair. And Talented!!!! Well it was just great! Thank you Caitlin for the visit and hair cut.
~~~~~~~~~~~~~~~

On the personal 400 mile Goal - It's completed! Part of me is sad about that. I suppose I could continue adding more miles to the ticker and seeing if I can meet it. After all, I've done that a few times already. There is something about reaching for a goal, reaching it, and reflecting on what was done. I completed my goal on Thursday night the 13th!

So I have reached the goal and it's now time to reflect upon it.

It all started when Ellie over at "Books, Fitness and Other Stuff" first came up the idea. She created  the rules. I will forever be grateful to Ellie for getting me off the couch and moving. 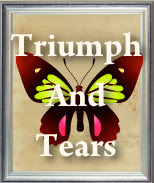 When it became too much for her to keep tabs on all of us who had signed up, Shane, over at "Triumph and Tears," took over. However, summer made it too hard for her keep track of everyone too, so she gave it up and no one took over from there.
I didn't even think about taking over because it must be really hard to keep track of everyone since 2 people have started and stopped doing so. So I just continued keeping track of my own progress. The rules were pretty simple: MOVE. Walking, running, bike riding either on  stationary equipment or out in wide world all counted mile for mile. I wore a pedometer  every day and counted whatever it said at the end of the day. I rode our stationary bike and walked a lot - I'm not a runner!  Zumba, water aerobics, exercising to a DVD and Wii Stepping all counted towards the goal.  15 minutes = 1 mile.  We were even allowed to add in weeding, house painting and some yard work as long as it was done the old fashion way (push mowing counted, riding mower didn't). The goal was to move for a total of 400 miles in 2011!  We had a full year to complete the task. As I reached the first 400 miles I also noticed that my pants were looser and wanted more of that so I kept going. Another benefit is that I learned a few things along the way.
What have I learned from this experience?  That is another post.
My reward ?- I will let you know that later too.
How was your weekend?
at 5:30 AM